Kumkuma, commonly called saffron, is known worldwide for its beauty enhancing properties. However, the flower has proven useful in numerous medical conditions. Having the botanical name Crocus Sativus, Kumkuma, it belongs to Iridaceae family.

Iran is responsible for the major production of saffron and it has been graded into different categories considering the quality. Saffron is widely using in the cuisines from different regions of the world. Few confectionary, liquor and perfume industry are also using this herb in their products.

Saffron is an herb which is native to Asia and needs specific climatic conditions for its growth. The medicinally useful part is its dried stigma which makes it rarer and expensive. Kumkuma is one of the costliest spices used as medicine. Ayurvedic texts group it under “Varnyagana” which means “one which imparts fairness and glow to the skin”.

Other medicinal benefits include 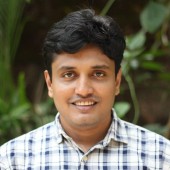